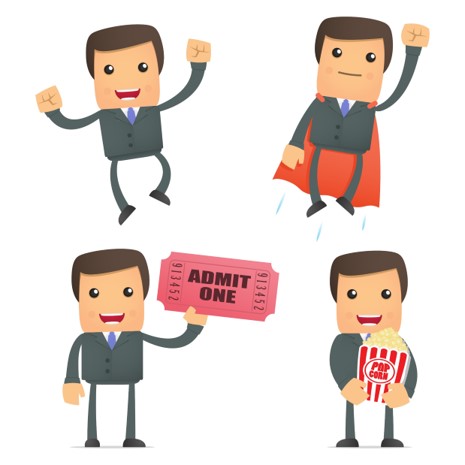 When I watch movies or TV, I like to laugh, learn, or be inspired. When it comes to inspiring entrepreneurial spirit, these are my top go-to movies. While they, like pretty much every movie, take some “creative license” and romanticize a bit, the underlying stories are great fuel for inspiration.

If you want to ruin…I mean, fact-check the movies, check out chasingthefrog.com, they give some follow-up and insight into the real “true story”. If you can’t find it there, a google search can give you more information on them.

It’s not without controversy depending on your opinion of how Mark Zuckerburg got the idea for what ultimately came to be Facebook, but it is difficult to deny the inspiration of the story just based on the scale to what started as little more than a college dorm project has, for better or worse, grown into one of the most influential companies of our time.

A biographical film about the life of Howard Hughes, the eccentric heir to a fortune from a drill bit manufacturing company. He was brilliant, but also a bit crazy. While there is no way to know what he would have achieved without his inherited fortune, he followed his vision and fought against cut throat competitors to pull off projects that were thought impossible.

You may be surprised to see a “baseball” movie on this list, but people often forget that professional sports is business at its core. The story follows general manager and former MLB player, Billy Bean, who was challenged to re-build a major league team on a budget. After meeting a recent Yale economics graduate, Peter Brand, who presented some nontraditional methods using statistics to find high potential prospects for a good value, the pair ultimately demonstrated success using the method. The inspiration comes from finding a competitive advantage by looking at things in a different way.

Some have strong opinions positive or negative about Apple, or even Steve Jobs himself. What I found most interesting about this story was the power combination of Steve Jobs, the marketing genius, and Steve Wazniak, the programmer. Steve’s personality tended to overshadow the contribution of Wazniak, but the success of Apple would have been unlikely without the both of them. Moreover, this was a company that was literally started out of a garage in California. It was the result of a vision by both Jobs and Wazniak who saw past the contemporary views of computers of the time as being only super expensive technology reserved only for major corporations and government agencies, and envisioned their potential as indispensable consumer products. As well all know, they were right.

This may be another surprise on the list. The film is about the financial crisis that developed from the housing bubble that ultimately burst in 2008. Having worked in the home building industry during the boom and first few years of the bust, I believe it gives one of the best depictions of the crisis from different angles. While this movie is informative, the inspiration comes from the small group of people who stood in the minority. While everyone else was basking in irrational exuberance, they recognized an inefficiency in the market. It just goes to show their is money to be made in both good and bad times.

This is my personal favorite by far. It is based on the true story of Chris Garner, who didn’t have opportunity handed to him by any stretch of the imagination, he fought for them. He was born with the talent, but he made the opportunities. His determination made them possible. He could have resigned to a very different life based on the hand he was dealt, but he didn’t settle. He overcame the odds that were clearly stacked against him.

The last scene of the movie gets me every time. There is very little that can replace the natural high of accomplishment.

Are there any movies you would add to the list? Let us know in the comment section below.